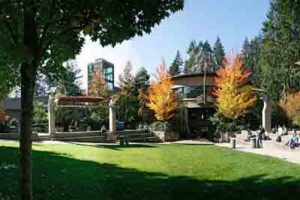 Capilano University is one of the most sought after Open Universities in Canada that is associated with the Northwest Commission on Colleges & Universities, Canada Bureau for International Education, Canadian University Press and ACCC. The Institution was granted the status of university in the year 2008 and if we speak of the sports affiliation of the university, that is associated with Canadian Collegiate Athletic Association and the Pacific Western Athletic Association. The university is known to be established by school boards of North Vancouver, West Vancouver, and Howe Sound via a referendum.

During its initial years, the  Capilano University kickstarted with only 784 students and the logo of the university comes in blue and white color that was been decided by the first President of the university, Paul Dangerfield. The university got its approval from the provincial government and further been validated with submissions made from the North Shore residents. It was in the year 1990 when the university first launched its bachelor’s degree and a collaborative degree in music therapy affiliated to the British Columbia Open University. There was another music degree which was offered for  Jazz studies by the college in the year  1992.

The university provides scholarship programs to students who have a good record of academic performance and participation in extra-curricular activities. This is entirely based on merit. In addition, students get the chance to work in international projects during the student exchange programs. They learn about a different curriculum along with working professionals.